March 16, 2018 – Food Lion and the Central Intercollegiate Athletic Association (CIAA) are quite a team. For the past 24 years, Food Lion has served as the exclusive food and retail sponsor of the CIAA basketball tournament as well as the title sponsor of the women's tournament, which were both held last week at the Spectrum Arena in Charlotte, North Carolina. And there were plenty of winners on and off the court.

"We are always excited about our partnership with the CIAA because in addition to athletics this week-long event recognizes and celebrates education, wellness, community service, and diversity and inclusion," said Benny Smith, Manager of Media and Community Relations. "We were honored to support CIAA students, fans and customers through scholarships and sponsored activities."

The 2018 tournament also showcased Food Lion's media savvy with a record-breaking 2.9 million social, broadcast and print media impressions, including a 200% increase in coverage of the #BallinOnHunger campaign. As part of the campaign, Food Lion restocked on-campus pantries of CIAA colleges and universities and – thanks to the success of #BallinOnHunger – will donate 24,000 meals to local food banks in the 12 communities surrounding CIAA schools.

Further, Food Lion has donated more than $4.5 million (€3.6 million) toward CIAA scholarships since 2003 and additionally employs many CIAA students and alumni through its Retail Management Trainee Program.

"Our work with the CIAA is an important part of our community outreach every year," Benny said. "It's a great relationship." 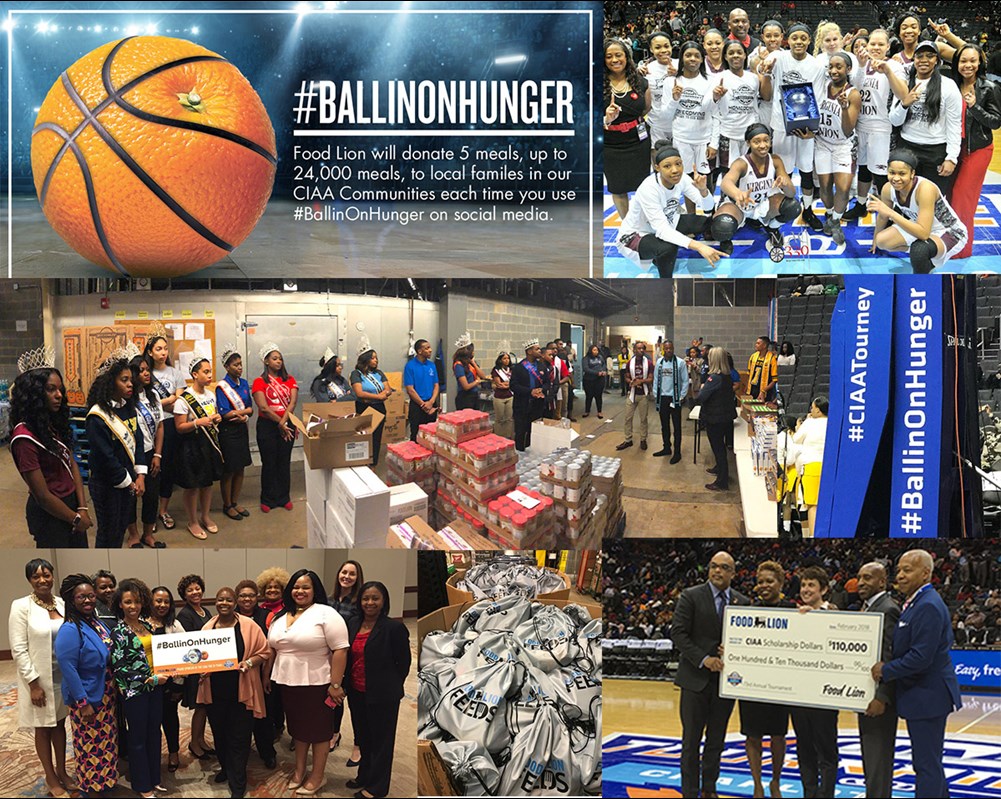