May 1, 2018 – Giant/Martin's showcased its love for local growers and fresh produce with a celebratory rally last week at the support office in Carlisle, Pennsylvania. More than 100 farmers joined associates for the Locally Grown Kickoff Meeting on April 25 in Javitch Auditorium.

The rally gave Giant/Martin's the opportunity to show appreciation for the growers from its operating area, brief them on the latest news from the Produce Department and hear directly from Giant/Martin's President Nicholas Bertram. The common theme? A commitment to provide customers with the local fresh produce they love.

Among the special guests was Pennsylvania Secretary of Agriculture Russell Redding, who spoke about the tremendous partnership between the Commonwealth, its agricultural industry, and Giant/Martin's. (Secretary Redding, a Giant shopper, loves fresh, local produce too.) He also highlighted the importance of coming together to feed hungry families, referencing Giant/Martin's Better Neighbor work with food bank partners.

To top it off, six customers provided their insights on what they are looking for when they shop for local produce, fielding many questions from the farmers.

Giant/Martin's additionally presented a Lifetime Achievement Award to Keith Masser of Sterman Masser Inc., a strong strategic partner that has been supplying Giant/Martin's since 1976 with high quality Blue Denim potatoes.

The rally was a huge win and the message was clear: Giant/Martin’s is a fantastic team with great partners who put the customer at the heart of everything they do.

Click below to see a video featured at the meeting celebrating Giant/Martin's commitment to fresh local produce year-round and to the local growers who supply the stores. 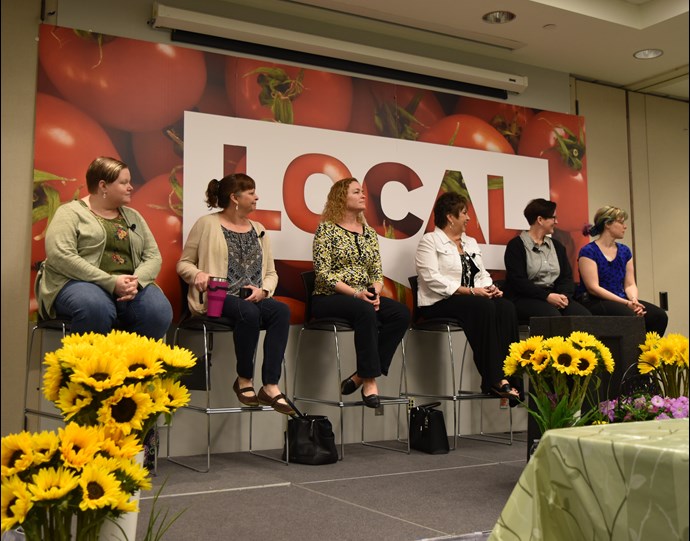 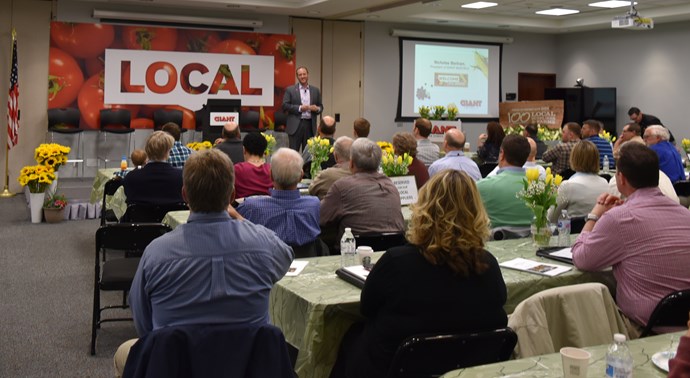 The meeting underlined the importance of fresh local produce