June 1, 2017 – Ahold Delhaize Chief Financial Officer Jeff Carr has been named the CFO of the Year in the Netherlands for 2017 by Alex van Groningen BV, a financial consulting firm. The award, determined by a jury of industry experts, was announced on June 1 during CFO Day 2017 (article in Dutch), a conference attended by more than 500 finance professionals throughout the Netherlands. 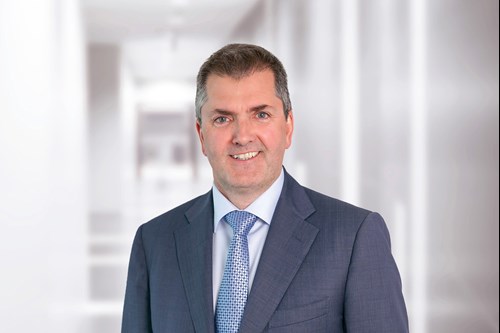 The award is sponsored by the firm Alex van Groningen BV and recognizes CFOs who have had a significant impact on their company's performance and culture. Jeff, one of five finalists of 15 candidates selected by the editors of CFO Magazine, was nominated for his commitment to growth, his support of digitalization at Ahold Delhaize, and the confidence he and his financial strategy have earned from investors and inside the organization.

"I'm delighted for the whole finance community at Ahold Delhaize," Jeff said as he accepted the award from Alex van Groningen BV, which created the CFO honor in 2002.

Jeff noted that the merger of Ahold and Delhaize Group was a remarkable journey. "To win this award is a recognition not so much of me but of the great work that's been done over this period," he said. "It's a great achievement for the team."