Zaandam, the Netherlands, April 13, 2017 – Ahold Delhaize today published revised pro forma combined financial information for 2016, restated for the implementation of a new financial reporting calendar following the merger between Ahold and Delhaize Group which was completed on July 23, 2016.

Commencing with 2017 Ahold Delhaize will use a reporting calendar comprised of four equal quarters of 13 weeks.

This publication updates the quarterly 2016 pro forma information as published on October 6, 2016, November 17, 2016 and March 1, 2017 to present the quarterly breakdown of the 2016 results in line with the new quarterly calendar. This includes a restatement of the Ahold / Ahold Delhaize historical quarters to four equal quarters of 13 weeks, with the corresponding calendar change impact on the pro forma adjustments, where applicable.

The nature of the pro forma adjustments made remains the same as per the 2016 pro forma information published in 2016. 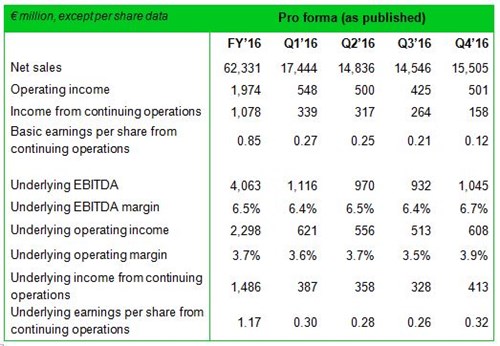 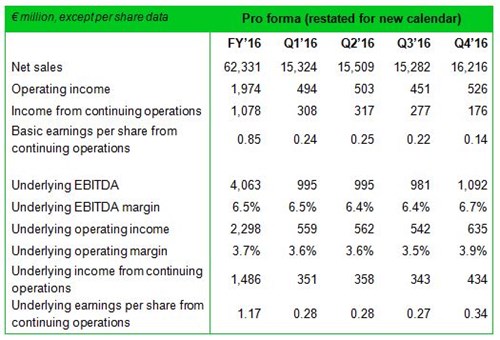