Zaandam, the Netherlands, October 22, 2019 – Ahold Delhaize announces today the appointment of Natalie Knight as Executive Vice President Finance for Ahold Delhaize and member of the Executive Committee, effective March 1, 2020. Natalie will be nominated by the Supervisory Board to be appointed as Chief Financial Officer and a member of the Management Board at the Annual General Meeting (AGM) of Shareholders in April 2020, officially succeeding Jeff Carr, who will leave Ahold Delhaize when his current term expires in April 2020. The month overlap will ensure a seamless transition.

Natalie joins Ahold Delhaize from Arla Foods, a global dairy company based in Denmark, where she most recently has served as Chief Financial Officer, overseeing the company’s Finance, Legal, and IT functions. In this role, she was instrumental in the company’s transformation and efficiency program, called Calcium, which meaningfully lowered the company’s cost basis. In addition, Natalie led the company’s digital strategy process and has driven significant cash generation and working capital improvements. She is a finance leader who puts particular focus on commercial and cross-functional performance management and has helped Arla make substantial progress in the area of sustainability finance.

Prior to joining Arla Foods, Natalie worked 17 years at adidas, a global sportswear manufacturer, serving in several financial roles including Investor Relations and M&A, where she led the acquisition of Reebok for adidas. She then served as CFO of adidas North America, where she led major cross-functional cost reductions and operational transformation efforts, returning the company to record profitability following the financial crisis of 2008/2009. Natalie’s last role with adidas was as SVP of Group Functions Finance, leading a finance team in strategic and financial support for the Group’s Global Operations, Procurement, Finance, Real Estate, Legal, HR, IT and Executive functions.

Frans Muller, President and CEO of Ahold Delhaize, said: “I’m thrilled to have Natalie join Ahold Delhaize. She has worked in both the U.S. and Europe, across a variety of industries, including branded consumer goods and food products.  With her broad experience across several Finance areas, her commercial mindset, and her demonstrated leadership in cost reduction and business transformation efforts, she is the right leader to help accelerate Ahold Delhaize’s Leading Together strategy. I look forward to working with her.”

Natalie added, “I am excited to join Ahold Delhaize. With its Leading Together strategy and its brand-led model, I believe the company is well positioned to thrive in this new era of digital transformation in the food retail industry. I look forward to working with Jeff to ensure a smooth transition and support the company as it continues to win in its local markets.”

Jan Hommen, Chairman of the Supervisory Board said, “I would like to welcome Natalie to Ahold Delhaize and look forward to nominating her to the Management Board. I would also like to thank Jeff Carr for his distinguished service to Ahold Delhaize during the past eight years. During his tenure, he brought focus to both cost control and cash generation as well as financial leadership to both the acquisition of bol.com and the merger of Ahold and Delhaize. I wish him well in his future endeavors.” 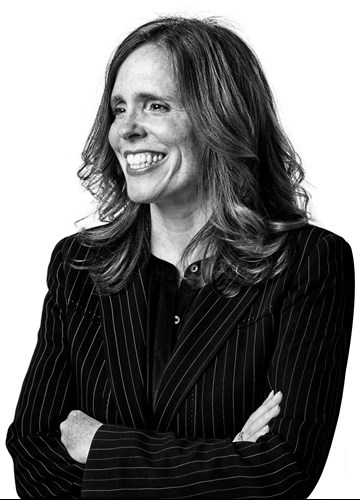 This communication contains information that qualifies as inside information within the meaning of Article 7(1) of the EU Market Abuse Regulation.